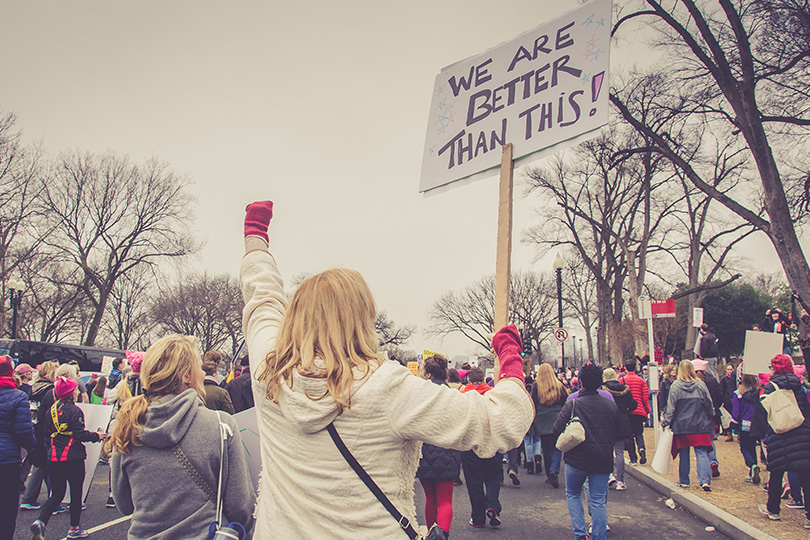 The Women’s March on Sat. Jan. 13, 2018 was filled with thousands of adults and children coming from all over. People collectively believing and working with community leaders of our 21st century to build healthy, equitable communities.  People coming together who believe in our individual and collective resilience and wellbeing, particularly for those most targeted — people of color, immigrants, LGBTQ folks, Muslims, Jews, and other religious minorities, people with disabilities, and others living on the margins.

I was thankful to once again join in The March. My first march was in the 60’s when Dr. Martin Luther King, Jr. came to Seattle! Since then I have been in almost all of the organized Seattle marches. I have gained from being with others in the marches a sense of “safe space”. We exist in the real world and together we call on each other for truth and love.

Following this year’s Women’s March, I am involved with getting people registered to vote as we approach our upcoming 2018 elections! I am also volunteering at our local Seattle HOLOCAUST CENTER for HUMANITY.

Janey Smith is a retired Seattle educator and activist. Janey’s AgeUp is “marching for truth and justice.”