Meet our Task Force. People from all walks of life offer leadership and uphold the mission of AgeUp. 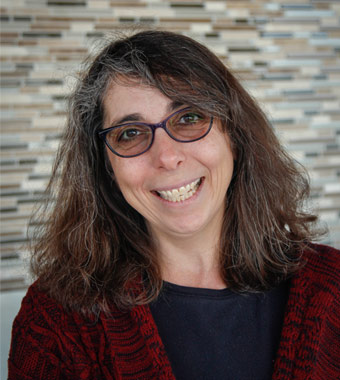 I have spent most of my career working with older adults, the better part of the last two decades at Bayview.  An anthropology major, I dabbled in clinical psychology in grad school and earned a master’s degree in nonprofit management.  I believe in the freedom of liminality, of living beyond the defined roles and boundaries of aging.  My AgeUp is… I finally get to sit at the big kids’ table. 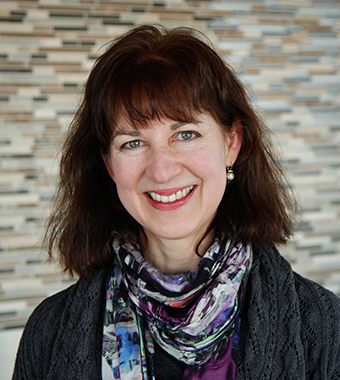 Throughout my life, I’ve had the wonderful experience of witnessing strong role models of aging. As a youth, I recall many summer family reunions sitting on the front porch, listening to the older adults share their stories and reflect on their lives. I learned history, values and meaning from conversations with older members of my family and community. Fast forward to the present, in my work as a clinical psychologist, I continue to be curious about people’s stories, how their histories impact their current lives and what are keys to thriving as we age. While aging brings challenges, I believe it also brings significant strengths unique to those with many decades of living, such as perspective, wisdom and creativity. I am so privileged to be a part of the AgeUp team! My AgeUp is…living each day with a sense of wonder and gratitude. 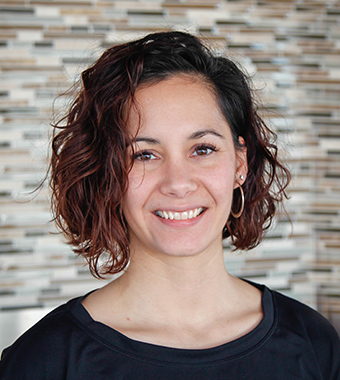 I am a student of human movement.  It is said that movement is life, therefore, I am also a student of life.  I have a bachelor’s degree in dance and a master’s in Exercise Physiology.  I volunteer with kids elementary through high school age with my martial arts group and I also teach kettlebell fitness classes to adults.  In my role as Wellness Coordinator at Bayview, I am excited to complete the lifespan of the groups of people I work with.  I have found myself listening more than ever; absorbing the feelings, emotions, and energy of the people around me.  In everything I do, I aim to bridge my professional talents and life experiences with the communities I am serving.  As we AgeUp, as long as we have life, let us move! 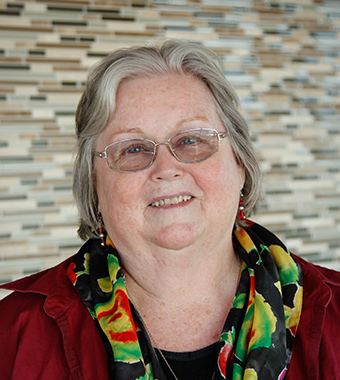 It is an honor and joy to be involved with AgeUp. I have found a space where I can use my courage, integrity, and wisdom to help facilitate the successful process of Elderhood. I am a Mother, Student (all the time) Teacher, Grandmother, Peace Corps Volunteer, and Child Care Provider (Nanny). I have enjoyed partaking in all kinds of Art, Writing, Environmental Studies, Exercise, Travel, Communications and Mentorship in between these various careers.  My full life has brought me to a trusting relationship in the Bayview Community and the forward vision for the AgeUp organization. I am excitedly embarking on my next journey/adventure of new insights and possibilities of even larger complexities.  I am happy to look back on my life with peace and a sense of growth as I know I have been of service to humanity. My AgeUp is… sharing my life stories with others to inspire and educate. 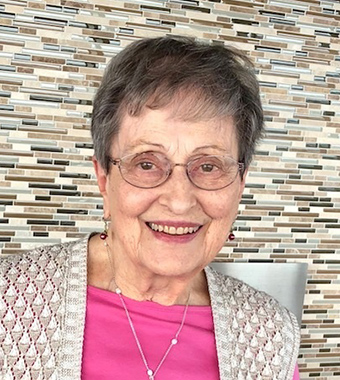 My life has been one filled with love and gratitude for what is given in everyday living.  An important part has been a growing faith and trust and engaging in social justice actions.  As I grow less able to volunteer in various causes, I find I can contribute to my community by keeping a loving, vital presence.  When meeting the challenges of growing older, I try to remember that I have vowed to myself to continue to learn and grow consciously in mind, body and spirit.  Life is, indeed, very good! My AgeUp is… learning something new every day. 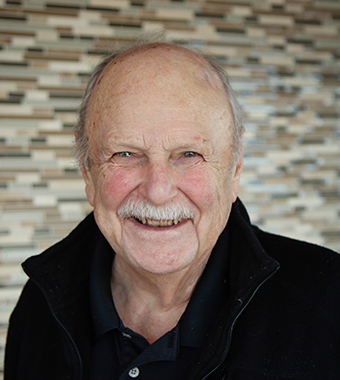 As with my compatriots, I am confronted with the fact that there is far more time behind me than that which lies ahead. For better, or worse, be they a success, or a failure, what I have done cannot be changed. As it’s been said, that ship has sailed. For me the past is not a home, a retreat, a refuge, or a place to hide and relive memories. Whatever I have done is my legacy and now left well behind. However, I can still go to a place where I can make a difference in the lives of others no matter their age or grouping. My faculties and physical abilities may be diminishing, but I am still able to make my presence and life relevant by contributing my values, experience and skills for the benefit of a new generation. No heroic deeds are required of me. The gift of affection is never wasted. Something as simple as the gift of a knowing smile to a troubled person, can make a world of difference to that individual, just knowing that maybe someone else cares. My AgeUp is… sharing kindness with those who may be marginalized or misunderstood. 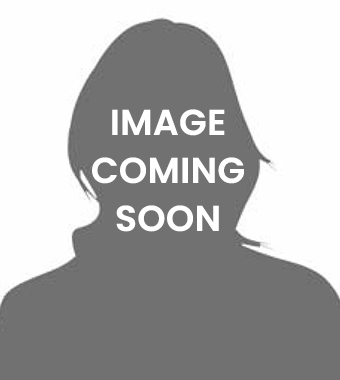 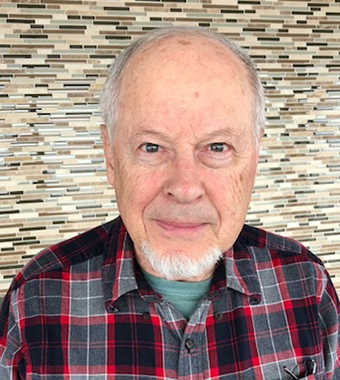 I grew up in Portland, Oregon, however, my family moved to Washington when a was in college. I attended the University of Washington and studied to be a pharmacist. While attending a 1955 conference in Ohio, Dr. Harold Brewster, Medical Secretary for the Board of Missions for the Methodist Church, invited me to join the team being formed to establish a hospital in the interior of the island of Borneo in Southeast Asia. We were there four years supported by the Methodist Church/USA to undertake the establishment of the 50-bed Christ Hospital. Dr. L.K. Ding was one of the physicians there. One year later Dr. Brewster’s daughter, Betty, a nurse, joined the staff as well, and a romance developed; we were married in Borneo, and our first of three daughters was born there. A Master of Public Health degree at Yale followed, then a residency and administrative position at Yale-New Haven Hospital. Through Dr. Ding, in January of 1956, I received an invitation from the Hong Kong Christian Council to participate in a team there to find the 579-bed United Christian Hospital with support by national church groups in several countries and the Government of Hong Kong. Our family lived there for 13 years. In 1981 it was a rewarding adventure to work with the Ministry of Health in Guyana, South America, then on to Liberia, West Africa, then on to our final position in Hong Kong for five years to rebuild the 360-bed Haven of Hope Hospital for patients with long-term illnesses. Finally, we retired here in Seattle 21 years ago and are finding new life adventures and challenges living at Bayview Retirement Community. My AgeUp is… sharing global healthcare information with a new generation. 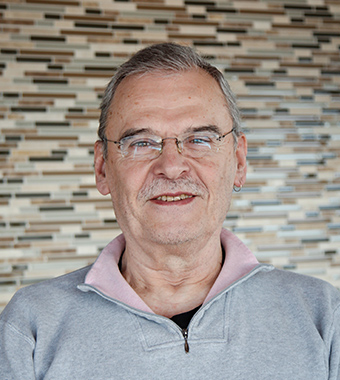 I retired from the profession of social work after a 23-year career at the University of Washington, most of that time at the University Medical Center as a clinical social worker. My clientele consisted of people with HIV. Many of the people with whom I worked in the early years of the epidemic never made it to old age. The lesson I learned from my work with them is that every minute of life is valuable, and I owe it to them to live my life fully. I moved to Bayview Manor in August of 2016 after living on my own for several years. It has been an adjustment. But it has also provided me with many opportunities to meet new friends, take part in a variety of activities, and participate on several committees, some of which even offer leadership opportunities. One such committee is the AgeUp program. By working together, we have developed an informational website and are developing programs that help us all address the challenges and rewards of aging. My AgeUp is… living a life of service to others. 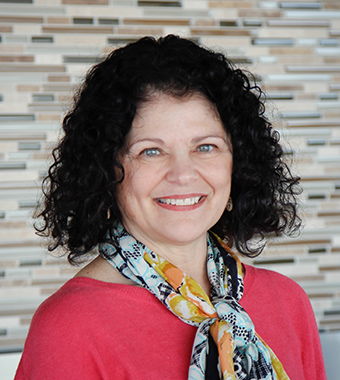 Growing up in the Bothell/Kenmore area of North Seattle, our family spent most summers camping and frolicking around the ocean, mountains and lakes of the Great Northwest. I was lucky to be close to both sets of grandparents, because like most, they were exceptional. They taught me many key elements to living a happy life. Together we enjoyed many weekends, holidays and heaps of lutefisk and spaghetti. The special relationships with my grandparents inspired me to work with seniors for most of my adult life. I began as a volunteer at a skilled nursing facility, escorting residents to Mariner’s games and picnics. I was hooked! After attending Shoreline Community College and the University of Washington, my first position was Assistant Director of Recreational Therapy at Northwest Hospital. I especially enjoyed bringing seniors and young children together in one of Seattle’s first intergenerational programs. The fun continues at Bayview. My husband and I perform or play as a musical duo. We find seniors to be our favorite audience. I am honored to be a part of the AgeUp team at Bayview. My AgeUp is… enjoying nature.

What's your AgeUp? It might make it to the front page!

AgeUp is a public service
campaign fueled by

My AgeUp Is...
About
Leadership
Resources
Blog
Newsletters
Podcasts
Contact